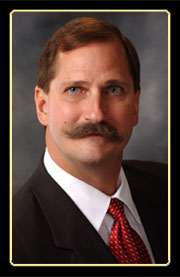 Dr. Piper has an extensive research and teaching background. As a dental student he authored a legislative bill creating the Office of Dental Forensic Examiner for the Commonwealth of Massachusetts. He defended his Harvard School of Dental Medicine thesis on the study of myoepithelial cell migration. He was honored by the International Association of Dental Research as the Hatton Research Award First Place Winner for his original research presentation and defense on wound healing and on mechanisms of fetal palatal shelf elevation.

In private practice his clinical research interests have included the diagnosis and management of Complex Regional Pain Syndrome, osteochondral growth deficiency of human mandibular condyles, and TMJ degenerative conditions. He is credited with a number of major advancements in the field of TMD including classification of TMJ disorders, development of TMJ Doppler Auscultation, TMJ microsurgery, stealth-assisted skull base surgery, and autologous adipose reconstructive grafting of damaged joints. He has special expertise in tracking occlusal disturbances in patients with TMD, and he has been instrumental in developing methods of occlusal correction through temporomandibular reconstruction.

His current work is focused on the surgical repair of TMJ internal derangements to reverse childhood osteochondral growth defects and subsequent malocclusion. Dr. Piper has lectured extensively throughout the world to both dental and medical audiences. He has been a frequent guest lecturer at the Pankey Institute and at the Dawson Center for Advanced Dental Study. His peer reviewed publications focus on TMJ microsurgery, avascular necrosis of the mandibular condyle, MR diagnosis of TMJ internal derangements, and the relationship of malocclusion to damaged TMJ’s. He is a former section editor for the Journal of Craniomandibular Practice and former reviewer for the Journal of OrofacialPain.

Dr. Piper currently maintains a private practice at the Piper Clinic in St. Petersburg, Florida. He devotes his skills exclusively to debilitated pain and TMJ patients, including adults with failed surgery and children with joint injuries. He is the founder and full time director of the Piper Education and Research Center, an institution dedicated to the advancement of TMJ education through lectures, hands on experiences, clinical fellowships, and research study groups. He serves as medical advisor to Anomalous Medical, LLC, in the development of graphical computer modeling of normal and pathological anatomy in the head and neck region.